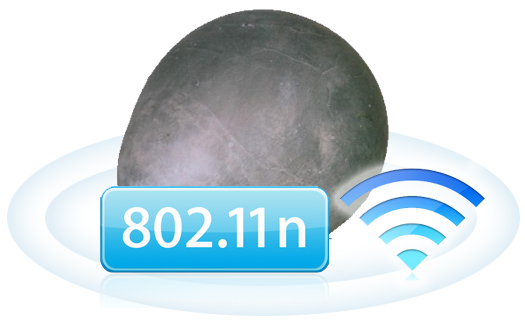 The Ultimate Wireless Base Station – Apparently

I purchased a 1TB Apple Time Capsule two weeks ago in the hope that it would work perfectly with iTunes, Apple TV and most of all, file sharing.

Im sorry to report that it did a pretty awful job at all of these things I expected to come as standard.  On the up side of this, the wireless connectivity I received was amazing, and I can’t fault apple there.

When I first plugged in my Time Capsule, I got a wireless signal straight away and connected my laptop instantly.  I installed the CD that came in the HUGE box and the setup program ran away and connected and asked me for more information to join the network.   As I was in the office at the time, I decided to give this a miss until I got home (where the TC would be living), and tried to access the default network share.  This just prompted me for some logins, obviously I hadn’t setup the device, so I shut everything down and waited till I got home.  So far, not looking too great compared to other NAS drives I have purchased.

When I arrived home, I plugged in and went through the setup.  Now, apple have some great ‘Extend your wireless network’ option, which sounds great, but in fact simply just brings down your existing network and the time capsule.  So I had to reset the device settings and go again.  Finally, I got everything setup and working as it should.

Connecting To The Drive

Apple decided it wanted to have the IP address of 192.168.0.2, (very annoying as there is already a machine in the office on that IP, so using the Time Capsule when connected to VPN was a big no no unless I wanted to change all my local IP setup.  So I went ahead and just didn’t connect to VPN until I had transferred all my files.  And I wish it was that easy.  \\192.168.0.2 – The usual ‘Windows’ way only worked about 50% of the time.  I can’t even start to wonder how I can ping the TC but not connect to the file share.  I then setup a hostname for the damn thing and got going on \\timecap which actually worked out pretty well.

After I started transferring the 600GB or so (in a few different connections) the whole thing would seem to close all the transfer windows and the drive would appear offline.   I then had to wait about 10 minutes and it would automagically come back online.  During this time, I was able to access the internet without problems, but the time capsule configuration tool could not see the device, and nor could windows.  I was however connected to the wireless network provided by the TC (so I guess it only half crashed).

So, obviously 90% of Apple devices are not for me, and im not at all upset about that.  I have the iPhone and the Apple TV, but I think that is about as far as my life will delve into Apple.  I phoned Apple today and after telling them I had a windows machine, they were fresh out of ideas of how to fix the problems (I would like to point out, they didn’t have any ideas… at all).  I requested a full refund, and somehow, being passed around various departments, this ended up to be a replacement?  I shouldn’t think so Apple.  I want my money back!  In the end they decided they could give me a refund, so im waiting for a call from their courier to arrange a time for collection.

It sucks that Apple can’t create products that just work… they are big enough!

I have ordered up my new NAS drive, which supports iTunes amongst other things, so I hope all goes well

It arrives tomorrow! YEY! I can hopefully get my data off the Time Capsule and onto my new drive before the TC is collected.